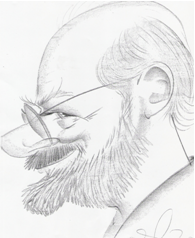 Choral workshops are very popular within the choral community.  These workshops are often used as opportunities to ‘fine tune’ performances before competition or to tackle underlying issues within a choir.  Kevin O’Carroll has been providing such workshops over many years and has worked with choirs from Cork to Derry and from Wexford to Donegal.  He has also provided workshops to many international choirs visiting Ireland.  Workshops can take a number of different forms but the two most popular are Choir Voicing Workshops and Choral Presentation Workshops.

Choir voicing is a remarkable technique which establishes the optimum blend for any given group of singers.  Having applied this technique to small ensembles and full choral societies it is safe to say that the technique can make a substantial difference irrespective of the size of the group.  This is what others have said about the Choir Voicing technique:

‘Having attended Kevin O’Carroll’s absorbing presentation at the Association of Irish Choirs Choral Conducting Summer School 2009 entitled ‘Choir Voicing – a technique for a blended choir timbre’, I’m fully convinced that all choirs should investigate the potential benefits of utilising this subtle and mysterious technique – they might be surprised at the results!’

‘Having seen this technique in action, it was fascinating to observe the change in vocal tone and unity that it brought about in the choirs that Kevin worked with.  The result was obvious for the singers themselves but even more so for the listener.  Every choir would find this technique to be beneficial.’

Typically the choir voicing workshop lasts about an hour and has been applied to choirs of all sizes and ages.

As an adjudicator for choral competition  Kevin O’Carroll has seen choirs of various standards in performance.  Irrespective of the standard of the choir many of the comments on the adjudicator’s report sheet are similar.  Singing is about communication and presentation.  Working with choirs on repertoire already known to them, Kevin’s choral presentation workshops bring an additional dimension to a choir’s performance while ensuring that all involved have fun in the process.

Following a workshop with her school choir, one music teacher said :

Kevin works musical miracles with all choral voices he works with.  He makes the music on the stave dance to life by sharing his clever vocal techniques and meaningful interpretations.  Choirs can be transformed in one session!

This site uses cookies. By continuing to browse the site, you are agreeing to our use of cookies.